A kind of miracle how we 'all' stumble upon Feminism

It is fascinating how we stumble upon feminism: the F-word, and how our feminist trajectories are different from each other, because while the “reality is that we all suffer misogynist oppression in a capitalist society, our oppression assumes different forms” (Arruzza, Bhattacharya, Fraser 2019). I personally despised feminism for a long time, associating it with Northwestern European women only, elitism, privileges. However, feminism was slowly tiptoeing aside me, insisting and not giving up on me because deep inside I was longing for it. Me, the killjoy, the willful girl searching for words to describe the things she experienced, saw around her. When feminism found me, it changed my life. I found it in the writings of Audre Lorde, Sara Ahmed, Maya Angelou, in Kimberle Crenshaw’s concept of intersectionality. It was given to me by Women of Colour, women from the Global South, my Egyptian, Bahraini, Palestinian sisters, a Lebanese acquaintance, the women I worked with in the shelters, my daughter who made me say it out loud “I am a feminist”. Feminism gave me a home, not “as a comfortable, stable, inherited, and familiar space” but “as an imaginative, politically, charged space in which the familiarity and sense of affection and commitment lay in shared collective analysis of social injustice, as well as visions of radical transformation.” (Mohanty 1998). It further showed me that my worries for social justice across gender, ethnicity, sexuality, religion, race, class and other forms of diversity date back to my childhood. And while my journey has not been linear, it dismissed my initial belief that feminism is Western, white and elitist. I realized that the assumption that feminism travels from the ‘West’ to the ‘East’ as something that the ‘West’ gives to the ‘East’ is a flawed one.  It is “a traveling assumption, one that tells a feminist story in a certain way, a story that is much repeated; a history of how feminism acquired utility as an imperial gift“ (Ahmed 2017). Since this is not my story, I want to tell other stories: The feminist stories of women from the Global South. 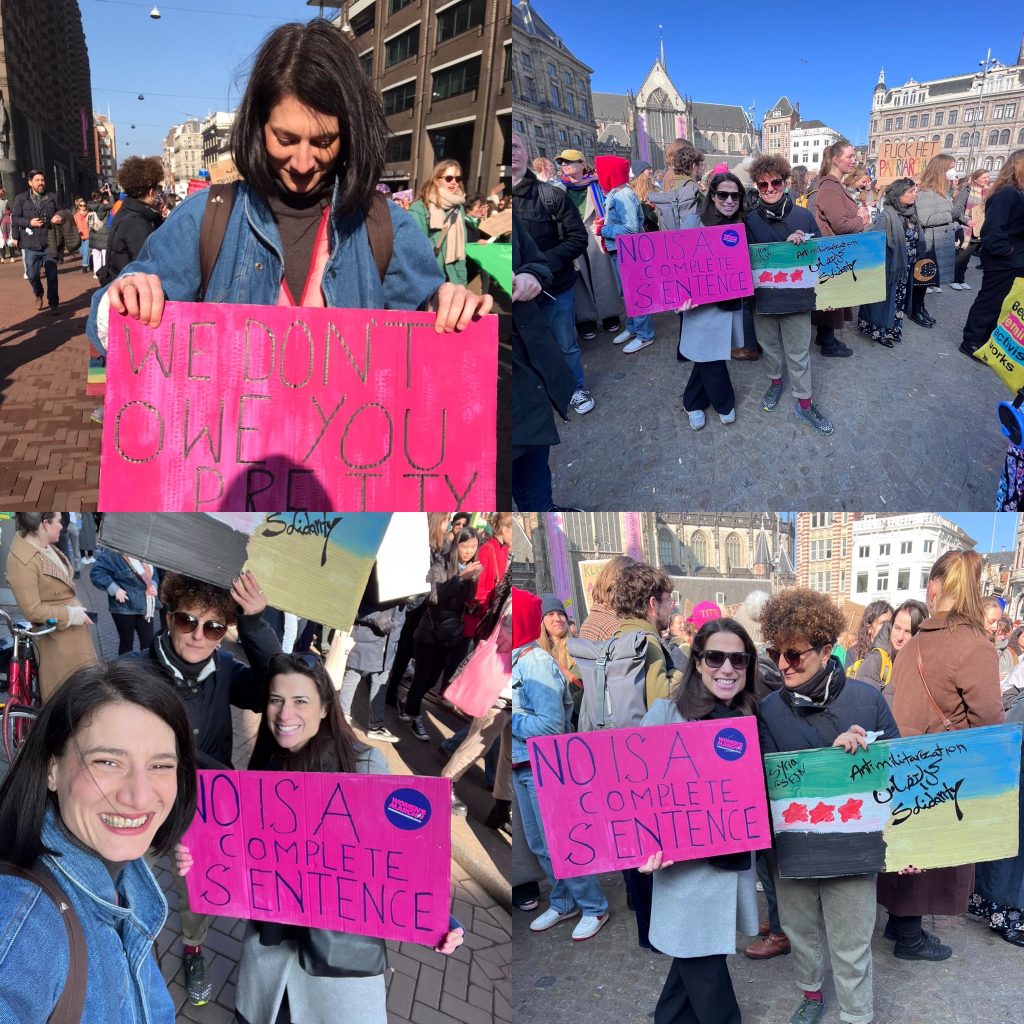 I am enchanted by feminist cartographies, feminist genealogies which I associate with border-crossings – literal and metaphorical ones: the borders of nations, social categories, disciplines, taboos, all kinds of conceivable borders. I link those journeys, to the breaking of binaries, to journeys towards ‘home’. Home as that deeply political space that allows us to envision feminist solidarities, characterized by a coming together to break established injustices, a radical connection that acknowledges our interdependencies, a political solidarity that is deep and powerful, a vital force to establish social justice and freedom from all types of violence that affect our minds, bodies, communities, the environment in various ways.  A space that makes us ask “What can we do for each other” instead of  “Who are we?” (Tucker 1998) recognizing that “genders, sexualities, races, classes, nations and even continents exist not as hermetically sealed entities but rather as parts of a permeable interwoven relationality” (Shohat 1998).

I learnt that there is no “unified feminist historical narrative” but rather the showcasing of “alternative epistemologies and imaginative alliances” (Shohat 1998); that there is Nadje Al-Ali’s inaugural lecture[1] at SOAS, entitled ‘transnational feminist journeys to and from the Middle East’ and her definition of feminism. Al-Ali states: “Personally I associate my political practices as a feminist with the struggle against racism, imperialism, economic exploitation and heteronormativity and the attempt to find non-hierarchical and non-violent base of resisting these various forms of intersecting hierarchies and inequalities, what has been coined transnational feminist politics and practice” (minutes 35:31-35:51). Her definition allows me to define my feminism on theoretical grounds. I am talking about transnational feminism and transnational feminist solidarity, the latter rooted in “shared political commitments rather than a common identity or set of experiences” to challenge injustices and oppression “including those who have benefited from injustices to join in solidarity” (Parekh & Wilcox 2020).

Nonetheless, feminism is neither only nor simply a tool. It is a movement, requiring us to move while feminist theory is “world-making” (Ahmed 2017). I associate this largely with being an activist. Activism means “engaging in direct, vigorous action to support or oppose one side of a controversial issue. In this case, that activism is directed toward social justice, in which people have their human rights and freedoms respected, receive equitable treatment with regard to opportunities and resources, and are not discriminated against because of their class, gender, race, sexual orientation, and similar identity markers” (Frey & Blinne 2017). I further associate activism with creativity which I understood when watching ‘United in Anger: A History of ACT UP’, a documentary about the evolution of the HIV/AIDS activist movement in the United States in the 1980s.[2] The movement’s activism was limitless, highlighting that it takes radical imagination to envision a world that is not there, even in the most gruesome circumstances.  It showed us that there are no limits and that activism can manifest itself in various ways, settings and forms. It is an innately creative endeavour.

Thus, feminism is imagining and fighting for a just world, even in the most gruesome circumstances. It is standing together in feminist solidarity, realizing that our struggles neither stop at the regional nor national level but are inextricably linked to each other. Feminism is struggle, community, entering into transnational solidarity by sharing resources, struggles, experiences, and amplifying each other’s voices. Because united we stand, united we fight, united we love. Feminism is LOVE.